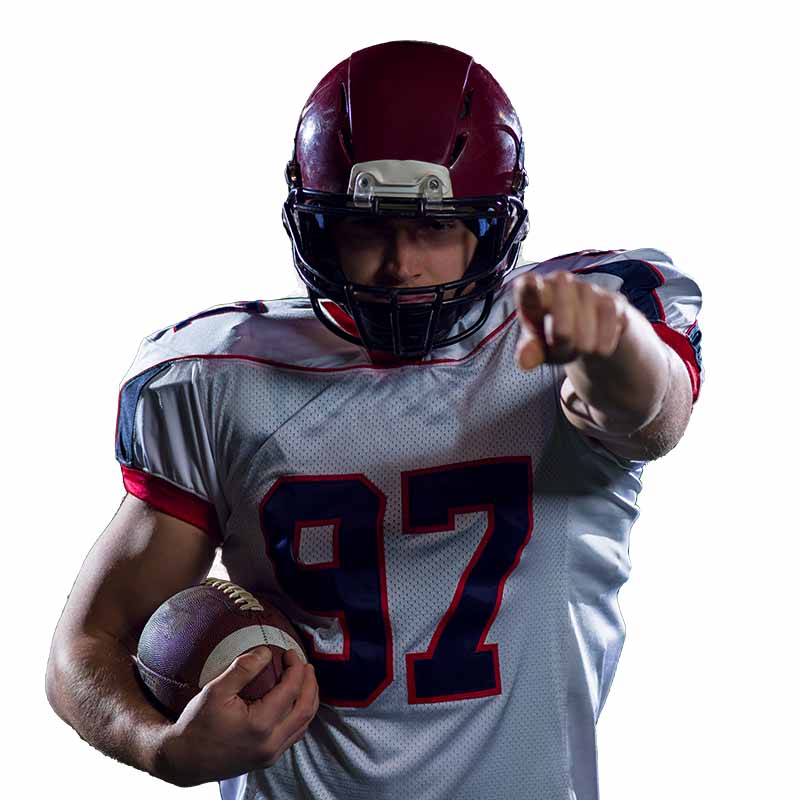 Question: What are the three most cliché bits of advice given by doctors? Answer: “Take two aspirin,” “drink plenty of water,” and “get plenty of rest.” Sound advice much of the time, but not all apply to sports-related concussions. For that, too much rest is a bad idea, says a team of physicians.

Too Much Rest Slows Recovery from Sports-Related Concussions

The problem, the team of U.S. experts argues, is that excessive rest impedes recovery and can prolong concussion symptoms. That was the conclusion they reached at the Team Physician Consensus Conference (TPCC), an annual project-based collaborative represented by six major professional associations, whose objective is to assist team doctors in providing optimal medical care for athletes.

The team’s statement was published in the British Journal of Sports Medicine and updates a 2011 publication on the management of concussions.

Members of the TPCC collaborative caution that persistent symptoms like headaches, fatigue, and anxiety are rarely the result of one single factor. Instead, they suggest, such symptoms are believed to result from a complex interaction of the physical and psychological effects of a new injury and its underlying conditions.

Under these conditions, it’s advised that treatment focus on the particular symptom, which might be cognitive behavioral therapy, for example, and/or lifestyle changes to sleep, nutrition, and hydration.

Ultimately, they state most sports-related concussions can be effectively treated and improve within a month’s time.

Lending context to the TPCC report, the Centers for Disease Control and Prevention (CDC) reported in its 2017 Youth Risk Behavior Survey that about 2.5 million students (representing 15.1% of the U.S. student population) reported suffering at least one concussion related to sports or physical activity – and that 6% reported suffering two or more concussions.

Those numbers are a bit lower according to cumulative data gleaned from emergency department visits, doctors’ appointments, and a high school injury data-collection system, which estimates the annual number of sports-related concussions in the U.S. to be between 1 million and 1.8 million among students up to age 18. That includes 400,000 concussions among high school athletes.

Part of the problem in arriving at more precise statistical data is the fact that the symptoms of concussions aren’t clearly identifiable and that there are no clinically useful diagnostic tests – such as blood tests, imaging techniques, and genetic tests – that could better determine the presence of a concussion. Consequently, the TPCC statement reads, the statistical accuracy of sports-related concussions remains elusive.

Nonetheless, regardless of which study is cited – and regardless of whether 1 million or 2.5 million students are affected – the numbers are alarming and cause for great concern. Making matters worse, according to the CDC's sports-related concussion statistics, the more sports an athlete participates in, the greater their odds of incurring at least one concussion:

In cases involving more severe brain or neck injuries (cervical spine), the signs and symptoms calling for immediate emergency care include the following:

The TPCC statement also suggests that there is a range of symptoms that might arise immediately upon impact – or sometime later – that also could indicate a possible concussion, including:

The TPCC experts maintain that most sports-related concussions are treatable. For affected adult athletes, that means an average recovery period of about two weeks. For young athletes, it may be closer to four weeks. In either case, the number and severity of the initial array of symptoms are the best predictors of how long it might take to recover.

Factors that may prolong or complicate these recoveries include:

Again, current evidence suggests that strict rest following a concussion slows the rate of recovery while also increasing the likelihood of prolonged symptoms. In other words, less rest is best. Likewise, recent studies indicate that moderate and progressive aerobic exercise accelerates the recovery process during the first week after a concussion.

"Most athletes who have been concussed will get better, and will be able to return to play," says Dr. Margot Putukian, TPCC executive committee member. "Each injury is unique and will have its own timeline. But athletes should take comfort in knowing that there are treatments out there, and there are steps they can take to aid their own recovery.”

Boost Recovery From a Broken EHR

Interest in helping your practice recover from your outdated EHR software? Settle for nothing but the best with InSync Healthcare Solutions. As a  leader in fully integrated EHR software, we provide cutting-edge technology to tens of thousands of health providers across all 50 states.

Each EHR system is developed for your unique medical specialty and configured specifically for you and your practice.  The InSync EHR system includes everything from group scheduling and group notes to telehealth, e-Prescribing, eMAR, custom forms, automated billing, and more.

For a closer look at how our interoperable, mobile-friendly and configurable software system can  dramatically improve workflows in your practice, schedule a demo now with one of our experts. We're happy to answer questions and explain how we can tailor our system to meet your particular needs.

Centers for Disease Control and Prevention: Self-Reported Concussions from Playing a Sport or Being Physically Active Among High School Students - United States 2017

Brain Injury Research Institute: What is a concussion?