Providers Weigh In On Overcoming The Minority Mental Health Stigma

Bebe Moore Campbell sat anxiously in her passenger seat as the driver ripped down the freeway, veering in and out of traffic, laughing and ignoring Ms. Campbell’s desperate pleas to slow down. The man had suffered from mental illness since his youth yet denied what was so apparent to those around him.

Mental illness can be hard on everyone. It’s hard on the person who has it, but it’s also hard on that person’s family. As Ms. Campbell often said, no one wants to admit to losing control of their mind. And that includes the family of the person who’s already lost it.

It’s a situation that holds true for everyone, regardless of race or gender, she said, but it’s especially true for minorities.

“African-Americans and people of color already feel stigmatized by virtue of our race,” said Ms. Campbell. “Therefore, we really don’t want to own up to something else that could be used against us … we don’t want anymore reasons for anyone to say, ‘You’re not good enough.’”

That might explain why she and her family rarely talked of the family member who was later diagnosed with bipolar disorder. For years, it was kept secret. In time, however, that experience became the impetus behind her best-selling books – and her advocacy of treatment for minorities with mental illness.

It was important, she felt, for the psychiatric community to address inequities in the treatment of mental illness for minorities. And for the last years of her life, that’s precisely what she did.

When she died at age 56 in 2006, Ms. Campbell’s mission – to educate and eradicate the stigma behind mental illness and to advocate for victims and caregivers – did not die with her. In fact, two years later, Congress designated July as Bebe Moore Campbell National Minority Mental Health Awareness Month.

The bill wasn’t just a tribute to Ms. Campbell but a chance to recognize and advance the thought-shifting work she’d begun – to raise awareness about minority inequities in the delivery of mental health treatment.

Among the issues cited in the bill:

“The struggle has to be to de-stigmatize mental illness. It’s the main reason that people don’t seek treatment or don’t remain in treatment once they begin. But no one can persuade someone in the grips of mental illness to get help. It’s very difficult because the stigma is so great and the illness itself makes the brain play tricks, thinking: ‘I’m not sick, you’re sick!’ So, it’s going to be a difficult struggle, but the point is to hang in there.” 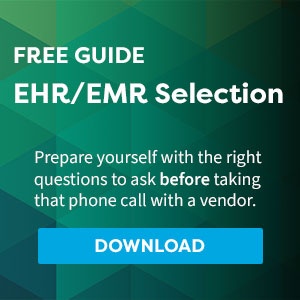 Alphonso Nathan is a licensed black therapist, speaker, author, and mental health advocate in the Philadelphia area. He is also a first-generation American of Liberian descent who has witnessed constant poverty and despair in the community where he now practices and volunteers with Black Men Heal and The Boris Henson Foundation — organizations that offer free mental health services to the underprivileged black and brown communities of America.

"I saw a meme once that said, 'Black people go to jail. White people go to therapy,'" Nathan told InSync Healthcare Solutions, alluding to differences in the ways each demographic experiences mental illness. "There’s a huge stigma in the black community when it comes to mental health. There is no in-between. You are either 'OK' or you are seen as 'crazy' ... not a term I would ever use, but this is what we see and hear day-in and day-out with our people.

"This creates a huge issue because our people only think that they need therapy when it's so severe that they need to enter an inpatient facility or, even worse, decide to take their lives," he adds. "Suicide is the second (leading) cause of death in our youth and is even more prevalent than you think in the black community."

Merissa Goolsarran, a mental help therapist with Bright Lotus Counseling in Florida, notes that for many minority cultures in the U.S., there are three prevailing reasons for "heavy stigma" attached to those seeking treatment, including:

It doesn't help either that — stigma or no stigma — many minority groups experiencing mental illness simply lack access to treatment.

"For many, paying $100 per session or even affording a copay with insurance is unaffordable compared to other expenses that might be considered essential," Goolsarran told InSync.

Even with state-assisted insurance, there are still pockets of minorities that are not insured at all. Mental health treatment can be costly, depending on the type and duration of treatment received. If a community is already having trouble securing adequate food, housing, and educational opportunities, then mental health treatment becomes less and less important.

The problems, however, do not end there.

"For others, there might be a perceived lack of connection or understanding if the clinician is from a different culture and is unable to understand or interpret cultural issues," says Goolsarran. "Moreover, there are issues where there is a lack of awareness into what signs or symptoms are present with mental illness, so a person might not realize it's time to reach out for help."

Or as Pruden explains it to InSync: "In many marginalized communities, there is still a lag as it pertains to receiving and understanding important information. Physical health and mental health are two areas where minority communities are behind as far as knowing and complying with strategies for whole wellness."

In the absence of consistent and reliable information, some minorities turn to religion to address their mental health issues.

"Where there is lack of understanding, there is usually lack of support," says Pruden. "Historically, minorities have less access to information and resources. Thus, they must create their own level of understanding around aspects of their lives. Mental illness is one area where this is prevalent."

"Add religion and spirituality to the equation and the lack of support is further diluted," she adds. "Anxiety, depression, schizophrenia, and other mental illnesses are sometimes labeled in spiritual communities as 'demons' and people are often advised to 'pray it away.' These viewpoints often cause minorities to hide symptoms or not seek help altogether for fear of being ostracized."

This is precisely the kind of fear faced by Joe Vega, a physical therapist and mental health advocate from New York City.

"Coming from a hyper-masculine Hispanic culture, I was taught from early-on the importance of holding your emotions inside," Vega recalled for InSync. "To cry was to 'act like a girl' or even worse. Any perceived deficit would be seen as a weakness and used as a tool against us. For these reasons, we kept quiet about any mental health issues that would be recognized today as anxiety, depression, PTSD, or bipolar disorders."

Women, however, often face similar forms of cultural suppression when it comes to mental illness.

"African American women are often taught they have to be strong," says Myisha Jackson, owner of the Healing Journey Counseling Center in Monroe, Louisiana, where she works primarily with African American women experiencing anxiety, depression, and relationship and self-esteem issues. "Most of the women that I work with often put themselves last, which is very unhealthy."

Cultural attitudes and norms like these, of course, only exacerbate the problem and thwart any kind of hope minorities might have for accessing the kind of treatment that is more often afforded those in the white community.

Because of this lack of full disclosure, the culture as a whole suffers as generations are reluctant to receive essential treatments. Through their inactions, they perpetuate the stigmas so future generations of children will never learn the coping strategies needed to break the vicious cycle.

This is not to suggest that no hope exists for those who are otherwise trapped in this "vicious cycle" of mental health repression.

"Most of the clients that I have are what I like to call 'first-generation cycle-breakers, because they are the first in their families to seek mental health treatment," Jackson explained to InSync. "African Americans often look at mental health as a bad thing. The most common issue is that mental health is often viewed as something that can be prayed away. Yes, I do believe in God and power of prayer, but it is also important that we do the work as well."

As Madison Tong, a minority healthcare expert from Illinois, suggests: "I know that people won't change their views about mental health, but as time goes on, we can change our beliefs through our children or future grandchildren."

With Stigma Comes the Fear of Losing Jobs

Victoria Carr is a psychotherapist with the Ladipo Group, a Black-owned company in Philadelphia that was founded in 2004 to increase access to Black therapists while decreasing the stigma of mental health treatment.

"What I have noticed over the years, personally and in my practice as a therapist, is that the stigma associated with mental health treatment for minorities appears to go beyond feelings of weakness or of being abnormal," Carr told InSync, citing concerns that stigma could also affect a person's livelihood or societal status.

"For example, (there are) fears of one's diagnosis of bipolar or depression being disclosed to an employer, and thus being removed from their current position," she says. "Not only do people of color have concerns of racial discrimination and bias, but also fears of being discriminated against because of their mental health."

Overcoming those fears — and thus overcoming the stigma that generates much of those fears — begins with a general awareness by everyone involved with mental health care across all divides.

"Everyone needs to look at mental health with the same importance as physical health," says Nathan. "Just as you go to a doctor for a check-up, your mind also needs the same care. It can be helpful at times to speak with someone who won’t judge you and has a professional background to deal with navigating through certain issues. It all goes back to representation. The more people promote the importance of mental health, the less the stigma."

In addition to being a best-selling author, Bebe Moore Campbell was an advocate for battered spouses, bullied children, and of course, the mentally ill. Before her death in 2006, she called for a national campaign to destigmatize mental illness, especially for African Americas.

"It is not shameful to have a mental illness," she said. "Get treatment. Recovery is possible."

All these years later, her cry still resonates and is just as necessary.

InSync also supports mental health practices like yours with specialized EHR software that is tailored to suit the specific needs of you and your practice, offering everything from group scheduling and group notes to telehealth, e-Prescribing, eMAR, and custom forms.

For a closer look at how our interoperable, mobile-friendly and configurable software system can grow as your mental health practice grows, schedule a demo now with one of our experts. We're always happy to answer questions and explain how we can tailor our system to meet your needs while saving you time and money.

Time Magazine: Between the Lines with Bebe Moore Campbell