Lost in The Mist: Bad News For Young Vapers (Not That They'll Notice) 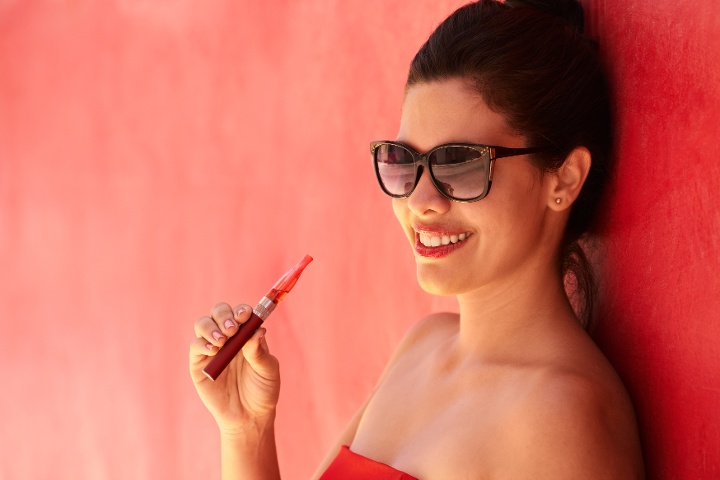 As if the known risks of vaping weren't already distressing enough, along come two new studies from the University of Rochester Medical Center that link vaping to mental fog. Earlier studies had already made that connection with animals. This time it's with people.

cognitive calamity for young and old

Not surprisingly, the study found that mental fog - and its ties to diminished cognitive development - is particularly harmful to children who begin vaping between ages 8 and 13.

"Our studies add to growing evidence that vaping should not be considered a safe alternative to tobacco smoking," says URMC team leader and study author Dongmei Li, Ph.D., associate professor in the Clinical and Translational Science Institute at URMC.

And yet, from the time e-cigarettes were first introduced to the United States in 2006 and became mainstream around 2010, they have been marketed as a legitimate and effective therapy for tobacco addicts trying to quit cigarette smoking - and as a safe alternative to tobacco smoking in general. Subsequent studies contradict those and other similar marketing claims.

According to a 2016 U.S. Surgeon General report, vaping poses serious long-term addictive health risks to brain development and respiratory health. Moreover, a recent preclinical study by the University of South Florida Health suggests that a wide variety of fruit- and candy-flavored vaping products used by millions of youth can lead to heart disease.

The popularity of e-cigarettes, especially among children and teens, has exploded with the lure of flavored vaping e-liquids in recent years. Also known as "vape juice," which vaporizes into an aerosol mist when heated in the e-cigarette cartridge, the number of tantalizing flavors currently exceeds 15,000 - ranging from candy, bubblegum, and peppermint to coffee, tobacco, and menthol. A small sampling of other flavors includes vanilla, custard, strawberry, banana, gummy bear, cotton candy, doughnut, and nacho cheese.

How popular is flavored vape juice? In 2020, 82.9% of young users chose flavored e-cigarettes over the non-flavored variety.

"For a lot of young people, it might be that the only reason they vape or use e-cigarettes is because they like the flavors," says Johns Hopkins cardiologist Michael Joseph Blaha, MD, MPH.

Attraction to those flavors, however, comes with several potential long-term mental and behavioral health consequences, according to one of the URMC reports. In addition to the aforementioned cognitive, heart, and respiratory issues, those potential increased health risks include the following:

SMOKING AND VAPING A DOUBLE-WHAMMY

Studying the effects of vaping and smoking on attention, memory, and learning capacity in adolescents and adults, the URMC team analyzed responses from more than 18,000 middle and high school students in the 2018 National Youth Tobacco Survey and responses from more than 886,000 adults in 2016 and 2017 Behavioral Risk Factor Surveillance System phone surveys. Similar questions were asked in both surveys.

Results of the studies, published in the journals Tobacco Induced Diseases and Plos One, suggest the following:

Importantly, the study found that surveyed students under the age of 14 were the group most prone to difficulties in concentrating, memory, and decision-making. This is particularly concerning because adolescence is a critical period for brain development, so the long-term effects of vaping on the higher-order mental function of pre-adolescents are anticipated to be even more pronounced than in their older peers.

And although e-cigarettes lack many of the dangerous compounds found in tobacco cigarettes, they still deliver the same amount of nicotine - or more - which contributes to higher rates of addiction and harmful nicotine-induced brain changes among especially susceptible groups of children, tweens, and teens.

Driven in part by massive marketing campaigns, vaping among youth spiked and peaked in 2019, according to data from the National Youth Tobacco Survey that year:

In just the two years from 2017 to 2019, e-cigarette-use among adolescents (middle and high school students) increased by 4 million youth (to 5.3 million), according to a 2019 study by the Centers for Disease Control and Prevention.

On the bright side, the CDC's recently released 2020 survey results showed a 1.8 million decline in the number of U.S. youth using e-cigarettes over the previous year, attributed in large part to a 2020 FDA ban on the manufacture, distribution, or sale of certain flavored vaping products. Nonetheless, 3.6 million youth continue to vape, including 40 percent of high school vapers who use their e-cigarettes at least 20 or more days per month, of whom almost 25 percent use every day.

It's likely no coincidence that as the popularity of e-cigarettes has spiked in recent years, the number of young tobacco smokers has dropped off almost as dramatically. To illustrate, as vaping among middle and high school students surged from less than 2% in 2011 to its current levels, cigarette smoking within that same age group plummeted by 45% to an all-time low of about 10% in 2018, according to Truth Initiative, a nonprofit public health organization.

The irony, of course, is that some youths who turned to vaping as a safer alternative to smoking are now returning to tobacco cigarettes. Why? Because they'd like to kick the nicotine habit altogether and believe it's easier to quit cigarette-smoking than vaping.

Case studies like this, of course, contradict the position of e-cigarette manufacturers that vaping is a safer alternative to cigarettes. As noted by Truth Initiative, one standard Juul e-cigarette cartridge contains about as much nicotine as a pack of 20 cigarettes.

Regardless of which is worse - e-cigarettes or tobacco cigarettes - both contain high levels of nicotine that pose long-term health hazards to users. And as long as vaping remains the vice of choice, it will continue to stymie the mental development of young users during critical periods of their lives.

"With the recent rise in teen vaping, this is very concerning and suggests that we need to intervene even earlier," said Li. "Prevention programs that start in middle or high school might actually be too late."

"This latest information should ring alarms bells at FDA that we must get all flavored products off the market and close the loopholes that allow cheap, disposable e-cigs to easily get into the hands of young people without delay," says Robin Koval, CEO, and president of Truth Initiative. "Given that we now know that young people who use e-cigarettes are up to 5 times more likely to be diagnosed with COVID-19, it is absolutely critical to act as soon as possible.”

A separate URMC study published in the December 2020 issue of Preventive Medicine shows that states with higher percentages of vapers also have higher rates of COVID-19. "The positive associations between the proportion of vapers and the number of COVID-19 cases and deaths in each U.S. state...suggest an increased susceptibility of vapers to COVID-19 on a state level and warrants further investigation," the report says.

The report further suggests that e-cigarette users might be at greater risk of not only contracting but also spreading COVID-19 through escaping aerosol mist droplets and by users sharing their vaping devices. Although no conclusive causal link between vaping and the virus has been found, it's believed that an enzyme known as ACE2 - which is found in abundance on the surface of cells in the lungs of smokers and vapers - serves as a gateway for COVID-19. Research is ongoing.

To learn more, schedule a demonstration today and a specialist will prepare a custom presentation for your practice.

For medical practices, their electronic health and medical record software needs to be consistently...