Is Too Much Coffee a Drain on Your Brain? | What Science Says 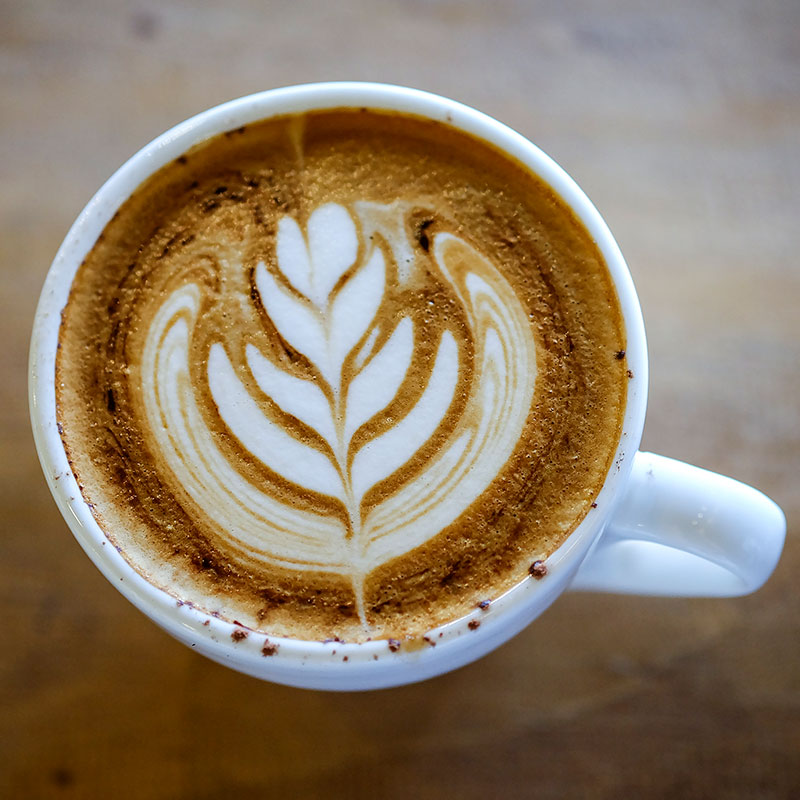 Though coffee has long been touted for its many purported health benefits, international researchers are now cautioning that too much of the widely popular beverage could lead to smaller brain volume, dementia, and stroke. Naturally, this raises the question: How much is too much?

6 Cups of Coffee a Day Could Be Grounds for Dementia, Stroke

The bad news is that if you average six or more cups of coffee a day, you could be putting your mental health at considerable risk. The good news is that American coffee drinkers average only about three cups per day.

In the largest study of its kind, a team of researchers at the University of South Australia’s Centre for Precision Health at SAHMRI assessed the effects of coffee on the brains of 17,702 participants (aged 37 to 73), finding that those who drank more than six cups of coffee daily had a 53% increased risk of dementia.

How many ounces of java were in each cup? There was no standard of measure for the study, which relied on self-reported data from its participants, lead researcher Kitty Pham told InSync Healthcare Solutions. However, Americans average about 9 ounces of coffee per cup. By that standard, if you're drinking coffee from an oversized cup, you're fooling no one but yourself if you think three or four cups are safe.

If you're wondering how much coffee you're getting from Starbucks, their "short" cup is 8 ounces and their "tall" cup is 12 ounces. For those with a Keurig at home or in the office, the k-cup pod releases the same amount of actual coffee into a cup, regardless of whether you choose the 4-, 6- or 12-ounce option. In this case, it matters more how many pods you go through in a day than how much water is added to each cup.

"Coffee is among the most popular drinks in the world,” says Pham. “Yet with global consumption being more than nine billion kilograms (20 billion pounds) a year, it's critical that we understand any potential health implications."

And although 67% of American coffee drinkers average three cups or fewer per day, at least 9% average six or more cups per day, according to Statista. These are the coffee drinkers most concerning to researchers.

Coffee is not without its share of health benefits, according to various studies, publications, and marketing/advertising campaigns. They include:

Of interest, however, are studies that arrive at conclusions that, at least on the surface, seem to conflict with those of the Australian study. There are arguments, for example, that coffee ...

If these studies share any common ground with the findings of the Australia research group, it's in the agreement that too much of a good thing might not be a good thing at all. As explained by Elina Hyppönen, senior investigator and director of the Australian Centre for Precision Health, it's all about striking that balance between how much you drink and what's good for your health.

"This research provides vital insights about heavy coffee consumption and brain health,” she says, “but as with many things in life, moderation is the key.”

Over the Limit? Rethink How Much You Drink

"Accounting for all possible permutations, we consistently found that higher coffee consumption was significantly associated with reduced brain volume,” she says. “Essentially, drinking more than six cups of coffee a day may be putting you at risk of brain diseases such as dementia and stroke."

In the United States, an estimated 6.2 million people 65 or older are currently believed to be living with Alzheimer's dementia. To put that in context, if everyone drank fewer than six cups of coffee per day (including the above-mentioned 9% who currently do), the number of Americans with dementia could drop to 4.1 million. That's about 2.1 million fewer people with dementia.

Worldwide, 57 million people suffered from dementia in 2019, a number expected to nearly triple to 153 million by 2050, according to a 2021 University of Washington study published in Medscape Medical News. How many of those 153 million will be excessive coffee drinkers? Time will tell but it's certain to be a factor.

Meanwhile, more than 795,000 Americans are expected to have a new or recurrent stroke this year. If 9% of them drink at least six cups of coffee a day — but cut that consumption in half — the number of Americans who suffer strokes each year could drop to about 72,000.

"Together with other genetic evidence and a randomized controlled trial, the data (in the Australia study) strongly suggest that high coffee consumption can adversely affect brain health," says Hyppönen. "While the exact mechanisms are not known, one simple thing we can do is to keep hydrated and remember to drink a bit of water alongside that cup of coffee.

Although six cups of coffee a day is considered unhealthy, drinking 80 to 100 cups (6 gallons) "in a short session" could kill you, cautions the Coffee Warriors website. That much coffee contains about 10 to 13 grams of caffeine, which is considered to be a lethal dose. On the other hand, the website offers, even drinking 6 gallons of water in a short period of time could kill you.

It all comes down to moderation vs. excess.

Too much of a good thing extends itself to electronic health records software, too many clicks or menus can also prove to be excessive and can lead to poor mental health. The InSync EHR software is designed specifically for healthcare providers to reduce clicks and endless menus.  InSync's specialized EHR software includes everything from group scheduling and group notes to telehealth, e-Prescribing, eMAR, and custom forms.

For a closer look at how our interoperable, mobile-friendly and configurable software system can increase efficiencies and workflows in your mental health practice grows, schedule a demo now with one of our experts. We're happy to answer questions and explain how we can tailor our system to meet your needs while saving you time and money.

Brew Smartly: Is Coffee Good or Bad for You? What Does Science Say About It?

Statista: How many cups of coffee do you drink on average per day at home during the week?

Warrior Coffee: 12 Health Benefits and 6 Disadvantages of Coffee-Smashing It!

6.2 million Americans are currently living with Alzheimer’s. That number’s projected to double within the next three decades. National Alzheimer's...

Movember’s founders and participants have discovered a whimsical way to impact the most devastating human crisis: suicide. It’s a fascinating way to...