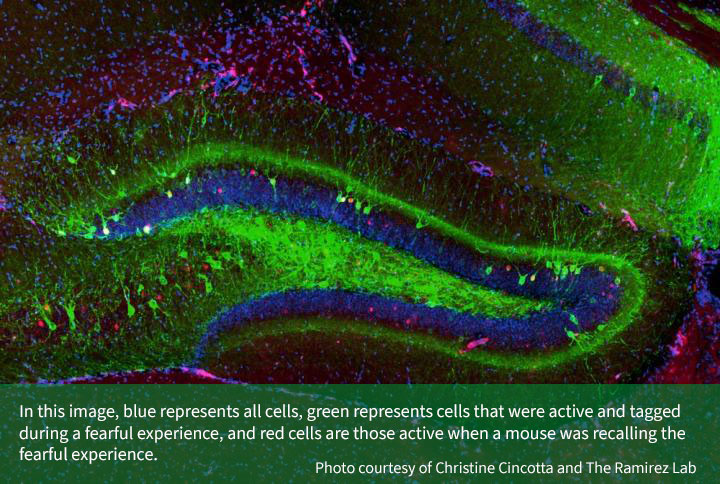 In the United States alone, over 14 million adults suffer from alcohol use disorder (AUD). For those that seek treatment, 90% will experience at least one relapse within the first four years. One reason for this is that alcohol withdrawal directly impacts the brain's stress and memory systems, which may underlie individual susceptibility to persistent drug and alcohol seeking behaviors. But what if you could treat AUD patients with a cutting edge procedure?

The study, "Chronic activation of fear engrams induces extinction-like behavior in ethanol-exposed mice" published in Hippocampus, conducted by researchers Dr. Steve Ramirez and Christine Cincotta, recently examined whether the effects of alcohol addiction in the brain could be modified through memory manipulation. To accomplish this, they studied alcohol exposure and withdrawal in mice to see if they were able to affect their responses to traumatic experiences. Using optogenetics, a technique that uses light and genetic engineering to control the cells of the brain, the researchers were able to artificially dampen fear responses in mice and mitigate addiction-related behaviors.

Dr. Ramirez and researcher Christine Cincotta were both asked the question, "What happens to a person's brain when they are addicted to alcohol and go through withdrawal?"

"Withdrawal from alcohol tends to increase negative emotions which can compromise the ability to properly process aversive events." Dr. Ramirez said, "In other words, these aversive events can be perceived to be even more negative than usual as a result of withdrawal."

"When an individual consumes alcohol," Cincotta says, "the alcohol enters your bloodstream and crosses into your brain where there's a cascade of effects across many regions. Alcohol is considered a depressant, meaning it slows down your brain, and various regions and pathways can change and adapt (structurally and functionally) following chronic, heavy drinking. After a person develops a dependency, going through withdrawal results in a negative affective state, where the individual can experience increased stress and anxiety, likely leading the individual to crave and seek alcohol."

On the study and motivations to examine this issue

"Alcohol is known to have effects on the brain's stress and memory systems. Something I'm really interested in is the intersection of memory and addiction research." said Cincotta. "Alcohol use disorder (AUD) and post-traumatic stress disorder (PTSD) are often researched in isolation, however in the real world the comorbidity of these two disorders is a huge public health concern. Depending on which populations are taken into account, the comorbidity of AUD and PTSD can range from 30-60%. For this study, we were interested in looking at the effects of alcohol exposure and withdrawal on how mice were able to process and attenuate their responses to a traumatic experience. Moreover, we were also looking to mitigate these effects artificially. The use of animal models, in particular rodents, allow researchers like myself to better understand and dissect not only how the brain functions, but also how it malfunctions." 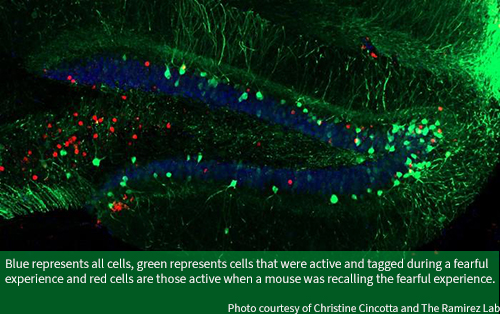 Cincotta goes on to say, "Exposure therapy is a common clinical approach used to treat stress, memory, and addiction related disorders, where patients are continually exposed to a specific anxiety trigger in a safe, controlled environment. In research we call this extinction training. The intention is that continuous exposure will help to overcome stress-related anxieties, and over time the animal will update their fear memories and learn that the context is safe again. However, in rodent models of alcohol use disorder, studies have shown significant impairments in the ability of an alcohol-withdrawn rodent to attenuate fear memories and behaviors by extinction learning. The neural circuits that underlie this impairment in rodents likely exist in individuals who struggle with PTSD and AUD."

Explaining the experiment she says, "To give mice PTSD, we utilize contextual fear conditioning. To do this, we place a mouse in a small chamber they've never seen before. Mice are naturally inquisitive and will explore novel environments if there is no threat. After giving them a few minutes to explore, the mice receive four mild footshocks about a minute apart. Mice, when scared, will exhibit an innate fear-response behavior known as 'freezing.' Mice tend to stay in the corner of the box, hunched over, and completely still. Extinction training consists of continually placing the mouse back into this same box, and over time the mouse will freeze less and less as they update their memory and re-learn that the chamber is no longer a threatening place."

Dr. Ramirez outlines the steps taken for the experiment and its surprising results saying, "Our animals first were administered chronicle ethanol to generate an addiction-related state and they began showing abnormally heightened fear responses. Next, we found the cells processing a fear memory in particular and genetically engineered those cells to become light-sensitive so that we could optically activate them using optogenetics. Then, we activated these cells repeatedly in an attempt to artificially dampen the fear responses, which surprisingly worked! We were thrilled that we could optogenetically mitigate these addiction-related behaviors in general." 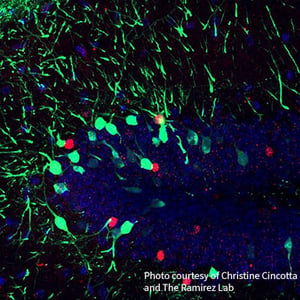 The most surprising finding? Cincotta says, "The 'replication crisis' is a well known issue within academia, especially in psychology and behavioral neuroscience. The first experiment was all about replicating findings in our lab, however the extinction paradigm we used was different from previous studies. In the literature, I was only able to find extinction paradigms that involved putting the mice in the context once per day, whereas we placed our mice in the chamber two times every day. In both experiments, we noticed a "zig-zag" effect with freezing levels, where mice froze higher in the morning session than in the afternoon. This was most prominent with the alcohol-exposed mice in Experiment 1, as they froze significantly higher than saline control animals in the morning sessions, but not in the afternoon session. We were curious about possible effects of time of day, reconsolidation (or the "updating" of a memory that can occur once a memory itself is recalled), and found it really surprising that the alcohol exposed mice didn't necessarily have an extinction-learning impairment, but rather an extinction-recall impairment."

She goes on to say, "Optogenetic technology as it stands today is too invasive to be used in humans, however there are some other groups working on developing non-invasive optogenetic tools. Nonetheless, discoveries made will continue to expand society's knowledge of neural circuits and in turn, inform future treatments and change how we treat patients with disorders such as PTSD and AUD."

The research conducted in this study was done by a lab, but laboratory science is conducted every day across the country. Healthcare providers send DNA and urinary samples for court ordered drug testing, pediatrics practices require specimen samples of all kinds as do internal medicine specialties. The InSync EHR software enables medical practitioners to access lab results within a fully integrated platform. The interoperability of the InSync EHR system enables providers to share public health information with the state and also to receive lab results completely electronically. For more information on how you can modernize your practice with efficient cloud-based functionalities contact us today to schedule a customized demo. 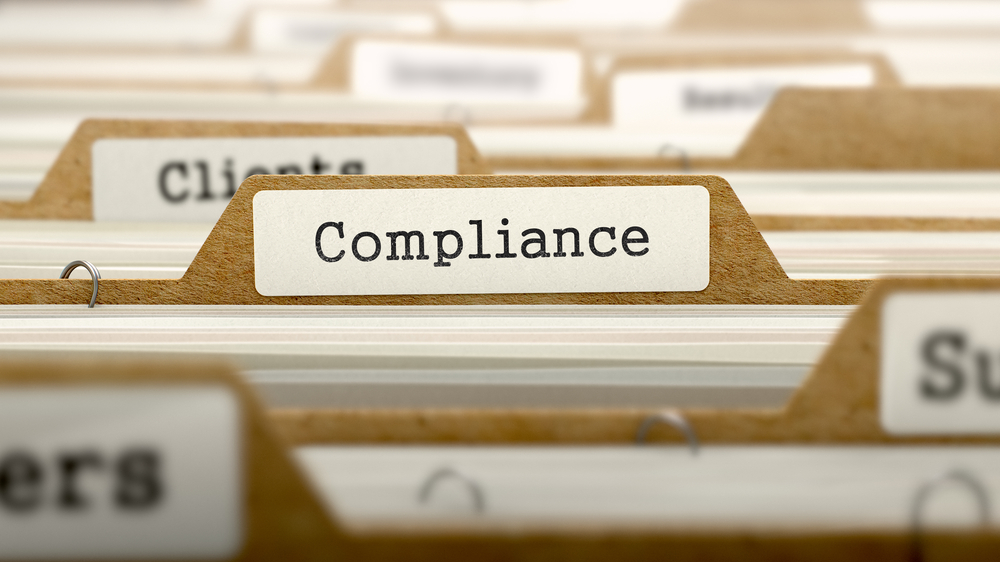 For medical practices, their electronic health and medical record software needs to be consistently...